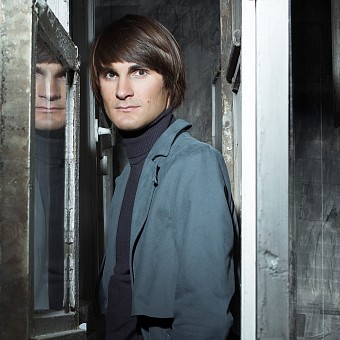 The name of the pianist Vestards Šimkus is well known far beyond only the most dedicated piano audiences. Praised as phenomenal and inspiring, expressive and charming, surprising and original, the talented master of the black and white keys has captured endless listeners with his playing, including judges of international competitions and knowledgeable critics both in Latvia and abroad.
The laureate of the Latvian Grand Music Award will open the Riga Festival with a new concert programme, centered around preludes of different ages and musical styles - with and without fugues. From the majestically barocal Bach to the jazzy Gershwin, and from the romantic Chopin to the splendid harmonies of Scriabin, and also the scenically impressionistic Debussy, expressive Shostakovich, and Šimkus’ own composition Ziemeļu vējš. Gotiskā prelūdija un fūga (Northern Wind. Gothic prelude and fugue)...
Vestards Šimkus adds: “There is currently a global trend of specializing in more and more narrow fields. In music, this means focusing all of one’s attention towards becoming a specialised performer of one specific time period or even of a specific composer. I have always felt the exact opposite pull - to find the things that unite, not divide different composers and styles of different periods. I believe an excellent way to discover ties like these is to create concert programmes where music of different times can be heard in the same genres. This programme, for example, consists only of preludes with and without fugues.
The first half will be dedicated to the preludes of Chopin, Scriabin, Debussy, and Gershwin, reminding us that Chopin was Scriabin’s favorite composer, and Debussy’s innovative impressionist colors inspired the birth of modernism in the Russian composer’s imagination. Gershwin’s warm feelings towards impressionism are widely known , yet one of his preludes - Melody No. 17 - is clearly also influenced by Scriabin’s music.
The second half of the concert will be dedicated to the relationship between preludes or fugues, or the subjective and absolute in Bach’s, Shostakovich’s, and my own music. In Bach’s preludes and fugues, we hear a depiction of an ideal and objectively complete world that extends beyond the age of Baroque. Shostakovich, however, clearly inspired by Bach’s work in the genre, created music that described the totalitarian time and space in which he lived. Alongside these compositions - my own prelude and fugue. The melodies of this piece stem in music even older than Bach’s - in the Gregorian chants, while the facture and dramatic structure is intended to be more like the metastases of Shostakovich’s aesthetics.”
Speaking further about his opus Ziemeļu vējš. Gotiskā prelūdija un fūga, Vestards reveals: “In my native Courland, the northern wind is especially cunning - during summer, it chases away the clouds and lets the sun shine brightly. In such moments, when standing in a place sheltered from the wind, it seems like the perfect weather to head to the sea and bask in its beauty, however, once you get to it, you meet the cold gusts of this wind, which I tried to incorporate into this composition. The prelude and fugue is Gothic because, aside from the Courlandian beaches, I have only encountered the same cold in the ancient Gothic cathedrals. These spaces were the birthplace of the medieval Gregorian chants and still resound with their melodies, on which I have based the main musical themes of my composition. It is surprising that these melodies are so similar to the oldest Latvian folk songs.”