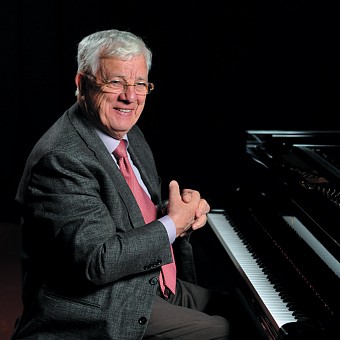 The Latvian Radio Big Band will be closing 2021 with a gorgeous concert, inviting many popular Latvian vocalists on the stage to be accompanied by the one and only Raimonds Pauls

In the beginning of the concert, comes music from the Golden Age of American jazz - Judy Garland, Frank Sinatra, and Nat King Cole’s songs from the 1940s and 50s. In this repertoire, Raimonds Pauls himself will revisit the days of his youth. Then - a special premiere of the big band arrangements of fragments from the Maestro’s album Pastaiga pa Rīgu (A Walk through Riga); Dināra Rudāne’s voice will fill songs from the Pauls and Imants Ziedonis’s song cycle; we shall meet Kristīne Prauliņa again in the most popular melodies from the cycle Melns ar baltu (Black and White). And for the finale of the concert - Raimonds Pauls’s songs that have earned undying popularity - Balta saule (White Sun), Mēmā dziesma (The Mute Song), Undīne and others.