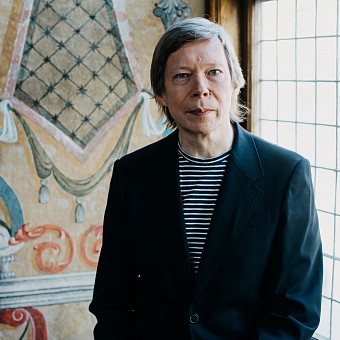 The closing of the Riga Festival will bring together two world-famous Latvian musical collectives on the stage of the Riga Great Guild Hall: Sinfonietta Rīga and their conductor Normunds Šnē, fresh after gloriously closing their 15th concert season, and the Riga Saxophone Quartet, about to celebrate their 30th anniversary next year. An anniversary of the same magnitude was the reason for the creation of Magnus Lindberg’s Aventures, celebrating the famous Finnish chamber Orchestra Avanti! and including in the work musical “bookmarks” from the collective’s life - quotes of Prokofiev, Stravinsky, Schubert, the Vienna Classics, Berlioz, and Finland’s own Sibelius’ works.
Historical heritage can also be found in Edgars Mākens’ new work Poētika. When speaking about his first symphonic score, he reveals: “Until now, I’ve written a lot for theatre, which has influenced my musical thinking a lot. The treatise Poetics is Aristotle’s fundamental work about theatre - the theory of Ancient tragedy that speaks of such subjects as the elements or tragedy, the elements of characters, the concept of mimesis etc. So my Poetics also lacks the processional nature of modern music, but it has dramatic progression and contrasts. The backbone of the composition consists of two characters or, more precisely, two groups of characters: one represented by the saxophone quartet, and the other - the brass section of the chamber orchestra, and during the work these characters go through different transformations. And, as any decent tragedy demands, one perishes at the end…”.
And alongside these two starkly different 21st century pieces - the classically inclined piece premiered in Helsinki in 1907 - Jean Sibelus’ Symphony No. 3. Known as the greatest symphonic master of the Nordics, the Finnish musical genius speaks to the listener in a musical language only he can conjure - one where late romanticism and impressionism melts into folk motives and the withdrawn northern mentality.