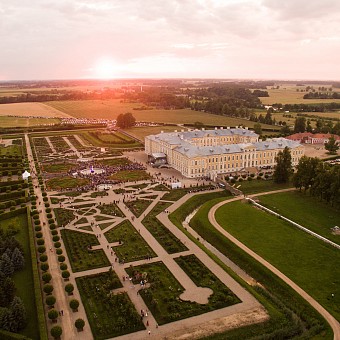 Once again, the closing event of the Early Music Festival will be Antonio Vivaldi’s violin cycle The Four Seasons – one of the most popular classical opuses that has seen countless performances and interpretations across the globe. The four violin concertos were first published in 1725 in a collection named Il cimento dell'armonia e dell'inventione or The Trial of Harmony and Inventiveness. And indeed, this music never lacks harmony nor inventiveness – Vivaldi had a lot of fun with depicting scenes from nature and everyday life and putting them down as instructions on the score. Coded into the music is a temper and fullness of colours that lets the imagination run freely but it does require a brilliant technique of performance and lively musicality. This time, alongside the orchestra Sinfonietta Rīga lead by the conductor Normunds Šnē, the confirmation of the eloquence of this music will come fro the now world-famous former Rigan violinist Vadim Gluzman and his legendary Stradivari violin. But for the intro of the concert – the music of two other masters: the French Rococo composer Jean-Philippe Rameau’s suite from the mythical opera Dardanus, as well as Bach and Handel’s contemporary and good friend Georg Philipp Telemann with the Ouverture in B-flat Major TWV 55:B10