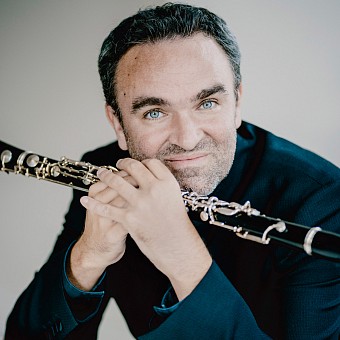 To share the stage with the beamingly lively German talent Jörg Widmann is truly a musical pleasure. He embodies the increasingly rare prototype of the past centuries of the composer-performer who both composes and plays his own music, as well as taking on compositions written for his clarinet by others. Widmann is also a conductor and the chamber orchestra Sinfonietta Rīga is one of his frequent collaborators. In 2019, he received the German Opus Klassik award as the best composer, and he spent the second part of the same year as a residing musician in one of the world’s most influential concert venues – the New York Carnegie Hall.
Jörg Widmann returns to Riga with a classic repertoire of German music, offering gems such as the danceable scenes of Carl Maria von Weber’s clarinet concerto, which were a favourite of the Bavarian duke Maximilian I, as well as Beethoven’s earnestly humane Symphony No. 7. And Widman’s own piece Con Brio, commissioned by Mariss Jansons and Bavarian Radio Symphony Orchestra, will be a true sprint with Beethoven-like accents.