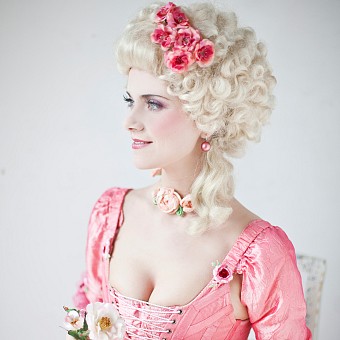 Singer Elīna Šimkus invites to an evening filled with the sounds of lords and ladies’ favourite 16thcentury renaissance music, declaring Love to be the overarching theme of the solo evening.

Come again, sweet love doth now inviteis, perhaps, the most widely known of John Dowland’s songs, made famous by the British singer Sting who included it in his album Labyrinth, recorded with the fantastic Edin Karamazov. In the Rundāle palace hall, Elina’s sonorous voice will be entwined with the baroque flute, played by one of the leading traverso flute virtuosos in Latvia, the Early Music department lecturer Kristīne Stumbure, and the theorbo, the guitar-like instrument with the extended neck and bass strings, that will be played by the Milano-born Italian early music specialist Mauro Pinciaroli.

Happy and fulfilling, tragic and lost, the kind that lifts you up, and the kind that strikes you down into the depths of agony – such are the labyrinths of love that Elīna Šimkus will reveal; she has selected the musical message to be presented by combining the songs of two Rennaisance grandmasters: lutist and singer John Dowland, and composer, poet, and physician Thomas Campion.